Yes, we're open. No delays in production, all orders are guaranteed.

Posted on 7th February, 2018
Our two rescue dogs have issues when meeting new dogs, this resulted in getting some advice on the best way to ensure successful doggy introductions.

We recently adopted a couple of rescue dogs. They came from a pretty bad place. They certainly have emotional scares as a result of the way they were treated in the first few years of their life.

They are Romy and Julius – and believe it or not they come from the same litter. They certainly have “issues” but we love them all the same and are investing the time to get them back on track.

One major issue we experience with them is their lack of social skills with other dogs. In fact, they are not very good with introduction to new humans either. Their lack of social skills manifests itself in what looks like a terrible fear of meeting all other dogs.  For Julius (the brown one as he was known by the previous owner) is especially timid he shakes in fear that grips his whole body and can get the point where he gets overwhelmed with fear and reacts with a nip! Understandably this could quickly end up being very dangerous to us and him.

So we decided to speak with a dog trainer about what we can do to help introduce our dogs to other dogs. Perhaps this is helpful to you or someone you know. Here is what we leaned.

The introduction of a new dogs can be made even more treacherous as the other pet owner may have their own very different views on the matter. “just let em go and sort it out on their own”  or “Hey don’t mind Satan he is a nasty son of a bitch but he hasn’t killed another dog for a few weeks now”.

We recently took Romy and Julius to our local dog park when we saw this huge dog on top of another much smaller dog in what looked like a terrible choke hold around the smaller dogs throat. The smaller dog was definitely fearing for its life. I could here the much larger dogs owner say “oh he just wants to play”

Its most likely that you already know a bit about your own dog, so hopefully you have some idea how your dog might react in a meeting with a new dog, but what if you are minding a dog or just taken ownership of a new dog.

Here is what was recommended to us.

1.       Lots of room, introduce new dogs in a place where there is lots of room. You don’t want either dog to feel trapped or hemmed in. Its natural for dogs to want to circle around each other. You see this all the time it’s a funny ritual and completely normal for a dog. Unlike people who approach straight-on its natural for a dog to approach from the side and preferably without any threatening behaviour to the other dog. They will usually circle each other. This is why you need a bit of room. So the 5.15pm packed commuter train departing from platform 4 bound for Parramatta from central station is not the ideal place to do doggy introductions.  You’ll want enough room to ensure if your dog wants to depart from the meeting they can. If you notice either dog wanting to avoid the encounter you should avoid the encounter. If your dog is fraying about yelping “DANGER WILL ROBERTSON” you definitely want to get out of there. Don’t force interactions. We’ve all seen the cute kid whos parents are insistent they pat the lovely doggy while the dog is recoiling between owners legs with a look of utter fright. Avoid these confrontations as delicately as you can. I usually explain Julius has an unusual skin disorder the vet is concerned may be contagious to humans so best cute Jonny keeps his distance until the lab results are back. 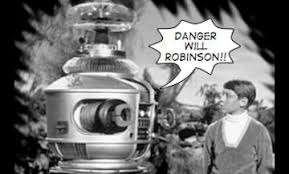 2.       Body language: There is more body language going on between two dogs meeting for the first time than you would see happening between college teenagers at a school disco. Dogs can conduct a whole conversation between each other by body language so pay attention. Closely observe your own dog in different introductions. This will give you clue as to how they might be feeling. Your own body language should be relaxed as well as many dogs will look to their owner for signals. So being relaxed and calm using light breathing will influence the mood and the atmosphere. Chill Man.

When an introduction isn't going well, be careful. You might see:

Staring and stiffening the body with the tail straight up

Growling and showing teeth (this one is a pretty clear concern)

Tail between the legs, anxious, squeaking

When an introduction is going well, you likely to see:

Looking away: 'I don't want to cause trouble!'

Calmly walking around each other in a circle

First sniffing each other under the tail

Shoulders down, butt in the air: 'I want to play with you!'

Different opinions abound as to whether you should introduce dogs on a leash or not. It is true that off leash dogs feel freer and can move around a lot more easily. They can then decide for themselves if and how fast they approach the other dog. In most cases encounters in off-leash areas run pretty smoothly.

However, there are some really good reasons to keep your dog on their leash when meeting a new pal in the park or elsewhere. The other dog may be leashed because of an injury or condition, because he or she is anxious, or have a tendency to run away. In any case, put the leash on as soon as you see another leashed dog as problems often arise when one dog is on-leash and the other is not. Then give the other dog plenty of space and make sure you keep your dog's leash loose. Don't force the dogs to do anything they don't want to, and let them take the initiative to approach each other. I tend to never approach any dog with no collar, particularly those mangy neglected looking animals you sometimes see hanging around in public parks. In fact, I have been known to run in the opposite direction and cut to a new place to walk our dogs.

4. Maintain a good level of respect between all parties

Maybe you have a very enthusiastic dog that is always happy to play with other dogs. But every dog is different. Some of them may be afraid because of past trauma. That’s the problem we have with our two. Others may have an injury, are in a training program or have another reason why they can't or won't meet other dogs. Therefore, don't just look at the body language of dogs, but also of their human owners. You can also pick up on the other owners level of competency with his dog. Because a dog's owner knows best and knows what's good for his or her dog. If you hear the other dog owner muffle “god I hope this goes ok” proceed with caution. Respect each other's boundaries. Remember the saying “Properly trained a person can be a dogs best friend”. 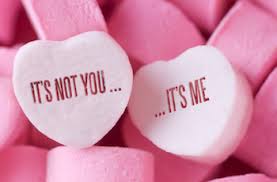 5. Its not you Its Me. Intervention is not fun but remember to always be calm and firm

If you pick up on a warning signal from one of the dogs then stop the meeting. You can do this by stepping away from the dogs, firmly calling your dog and walking away from the situation. Of course, praise your dog if he or she listens to and obeys you.

In case of an unfriendly or even a hostile meeting, always try to remain calm. Carrying on like a fruit loop, yelling and the like only stirs aggression and excitement. Do not physically push or pull your dog, but instead try to calmly distract your dog with your voice. Make sure you have a few treats in your pocket with which you can attract your dog's attention. 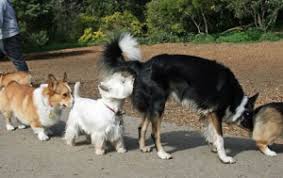 We have got better results with Romy and Julius by using the tips above. Dog meetings are getting better with a lot less anxiousness for all of us. They still have a long way to go but they are on the right path.

If this information has been of interest, please share with friends.